GODZILLA KING OF THE MONSTERS

Anyone who blogged with Janet knew she was a huge livelong fan of Godzilla. I don't know when it

at first they wanted the monster to be a giant octopus, thank god they did not do that, for more than

likely I would not be writing this blog. From rubber suit to high tech graphics, Godzilla has

maintained his down home monster look. Godzilla was an important part of Janet's 3rd grade classes,

mouth. When the kids were working on the floor and they became noisy, she would tell them in

English ( she had a bi-lingual class) she was going to run thru them just like Godzilla thru Tokyo, and

no matter what level of English they had, they completely understood.

Our house is falloff Godzillas, as I type at Janet's computer there is a foot tall plush Godzilla looking

over my shoulder. I don't know when her Godzilla thing began some time after we met, but it could

not has been before November 3, 1954, for that's when the movie was released in Japan, it wasn't

released here until April, 1956. So 3 NOV is Godzilla birthday so to  speak.

Went thru the house and gathered up some of the Zilla  items I could find, this is just a small sample

of what is around the house, some have special meanings, others do not. 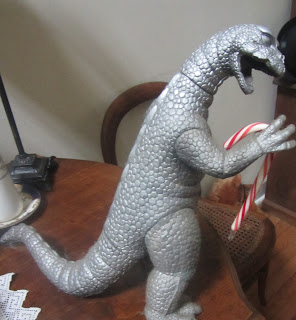 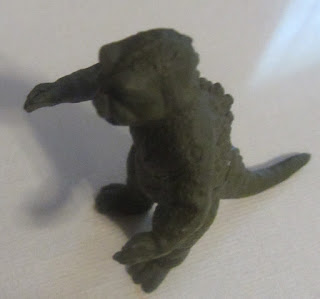 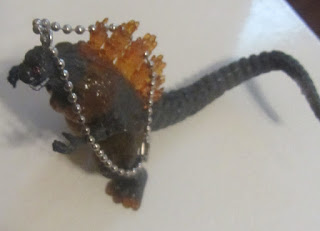 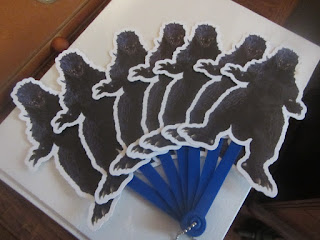 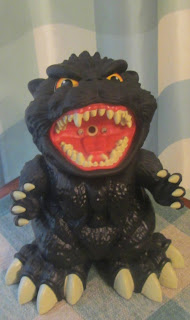 This one actually breathes steam! 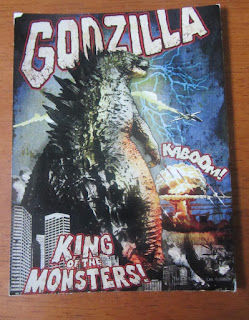 A special postcard sent by one of Janet's favorite bloggers 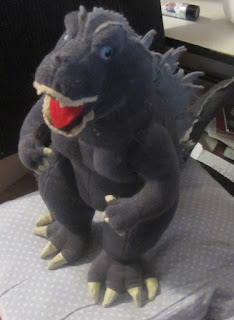 My favorite, given to Janet in Japan by our daughter April

Just a bit of Godzillamania, everyone should have at least one Zill!!!!
at November 05, 2019