We've been gone the last couple of weeks, to England of course.  Because the trip is long, around 7 1/2 hours over and more than 8 back we flew First Class and it was wonderful.  Quite decent food, champagne as soon as we boarded, snacks all day long, a seat that reclined into a bed with a real pillow and comforter, it was great to be so pampered.
And upon arriving at Heathrow we were each given a teeny, tiny hotel room to shower and clean up in.  We had its use for  2 hours at no charge.
Next we picked up our rental car, a Seat ( a Spanish car, but obviously related to the Nissan Versa we'd rented in Utah because it had very little get up and go, but it was really good on gas and that's a good thing because British gas is about
$8.00 a gallon.
We rented a cottage in Black Bourton (in

Oxfordshire near Bampton where they film the village scenes for Downton Abbey), Garden Cottage, that we'd rented once before.  It's a beautiful little cottage sitting in the grounds of Shilbrook Manor with its gorgeous gardens.

We arrived on a Friday afternoon and after offloading our bags (and we took way, way too many) we went for a walk to get the kinks out, stopping at what we called Pooh Bridge to race our Pooh sticks.
On Saturday we went to Chipping Norton to do some antique shopping, I'll post about that later, and on Sunday Mac had booked us for a steam train ride that included lunch---Steam and Cusine--I've always wanted to travel on a steam train, rather like Hercule Poirot on the Orient Express, minus the murder of course. 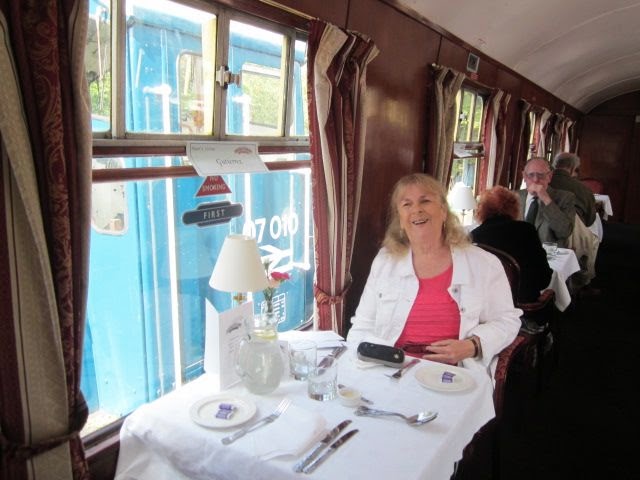 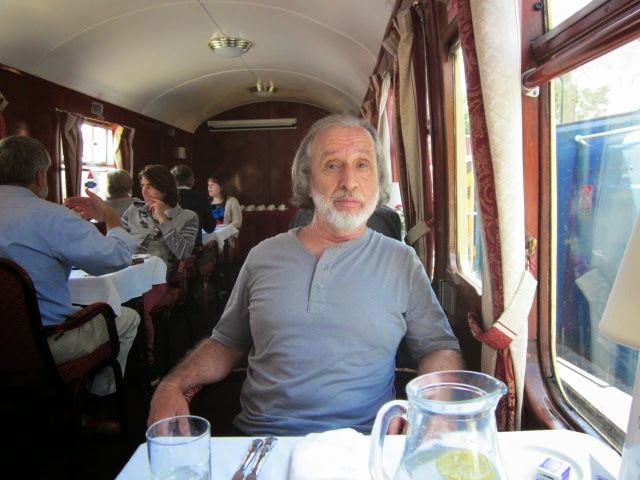 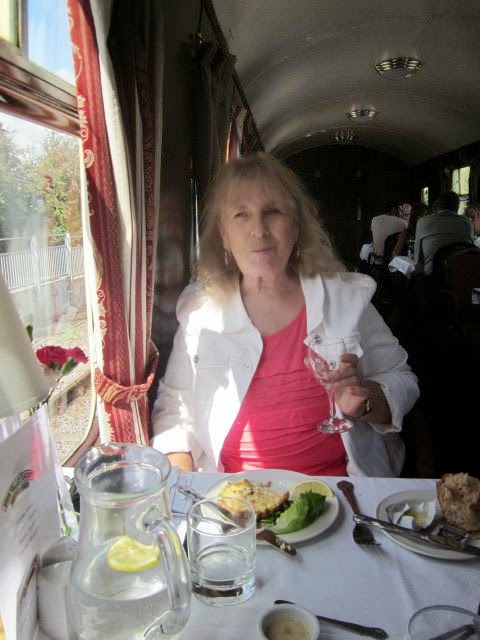 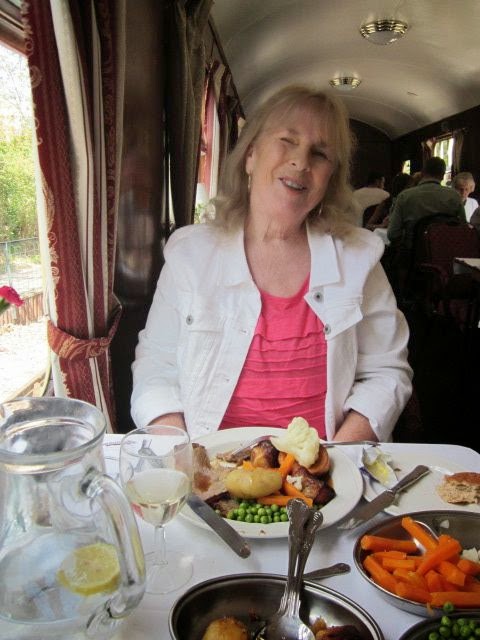 It was a bit of a drive from where we were staying so we left early and did fine until we hit the teeny, tiny roads, the home made diversion over a dirt and gravel road, the movie being filmed at the train station and other bits, but made it with about 10 minutes to spare.  Nice linen table cloths, a rather good white wine, salmon tartlet, Yorkshire pudding with every vegetable under the sun, dessert and coffee, we were stuffed.  It was exactly as I'd always pictured it.
Our next adventure was going on an archeological dig, that's for tomorrow.
at August 28, 2014