As usual I'm running late, you'd think I worked for a living instead of lolling around the house all day the way I'm so late each week.  It's Friday evening, but I'm betting it will be Saturday morning before I'm done with this.  Hope you join Amy and the other bloggers at Love Made My Home for this weekly event.
We've had a beautiful week here, several days up in the 80's and today a more seasonal 65º, looks like we'll have no winter at all this year which is fine with me, I'm not much of a winter fan, but we'll pay for it later, the bug population will probably be out of control this summer.

On to my five.

First, is the table topper I made to finish off my March table.  Should have been a five minute job, but my only spool of white thread had no obvious beginning thread and I had a heck of a time making one and filling a bobbin.  But the shamrocks look very springy! 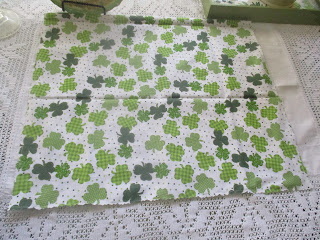 Second is a new to me Irish tray.   Found it on Etsy I think. 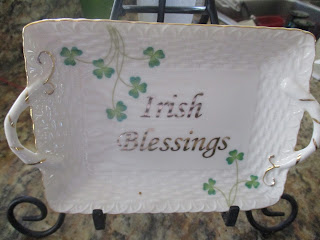 Third is another book I'm reading, Three Act Tragedy by Agatha Christie.  Is there anything in the world better than finding an Agatha you haven't read?  We've see the David Suchet Poirot version of this, but I've never read it and it's a delight.  It was first published in the U.S. in 1934 under the  title Murder in Three Acts.  Surprisingly Hercule Poirot isn't in the story much, not at all like the tv version.  Anyway what could be better than a book where the heroine is  called Egg? 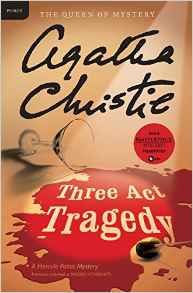 Fourth is a movie we saw this week, Florence Foster Jenkins starring Meryl Streep, Hugh Grant and Simon Helberg.  They were all terrific.  Hugh Grant surprised us by not playing his usual mugging self and Simon Helberg made us completely forget that he usually plays Howard Wolowitz on The Big Bang Theory.  Of course Meryl Streep was excellent, she always is.  Florence is the story of a society woman who thinks she can sing opera, but oh Lord, she cannot.  The singing was excruciating and I had to go and see if Streep, who can sing, did the awful singing, she did. Altogether a great little movie. 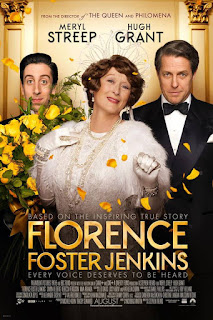 It's Saturday afternoon, I knew I'd never get this done on Friday and today there was bread making, a refrigerator to clean out and floors to be Swiffered.  But at last here I am, so
Fifth  is the tulip tree out back, also known as a Japanese Magnolia.  It's not a true magnolia because it's not an evergreen, but that's ok, it's always a treat to see it bloom. 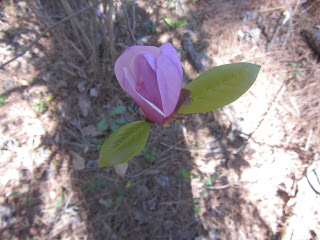 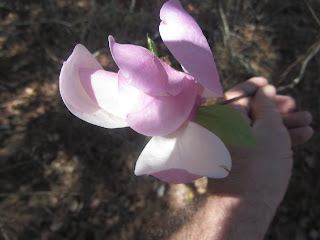 That's my five, as always hoping you have a great weekend and do visit the other bloggers.