We're back!  Had a wonderful 2 weeks in Japan with our daughter.   Our first two days were spent in her home city of Fukuoka getting acclimatized. She walked our feet off, but in the very best way.  One of her friends said that she was better than Google maps and indeed she is.  After adjusting to the time change she loaded us on the train, we had Japan Rail passes which were a very good bargain and we headed to Kyoto.  We spent 2 1/2 days in Kyoto and could easily have spent a week there.   We visited Buddhist temples,  Shinto shrines and best of all we met Tomoko who blogs as Green Tomato.  She took us to tea and we had a wonderful time talking with her. 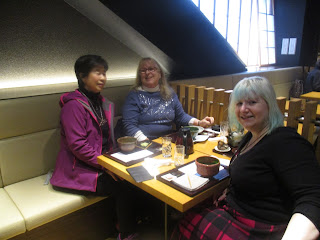 There are so many shrines in Kyotos, the old capitol of Japan, but April picked out Fushimi-Inari- Taisha for us to visit and it was beyond spectacular.  Built originally in 711 it sits at the base of the mountain Inari and there are paths leading to the top.  Inari is the patron of business, merchants and manufacturers.  Each Torii, orange gateway, has been donated by a Japanese business.   Most of all Inari represents rice and throughout the shrine you'll see Kitsune, foxes, who had keys in their mouths, keys to the grainery.
We spent hours there and could have spent longer.  Let me leave you with a few photos. 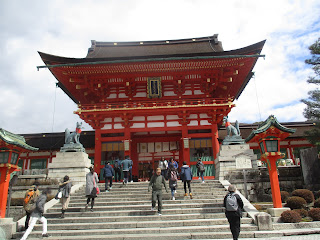 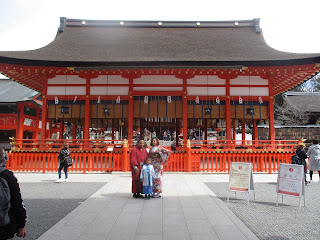 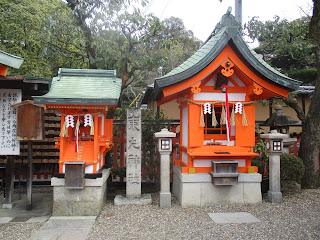 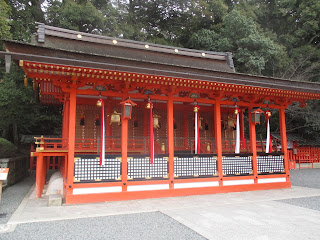 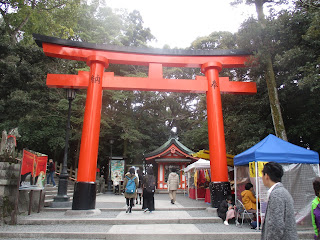 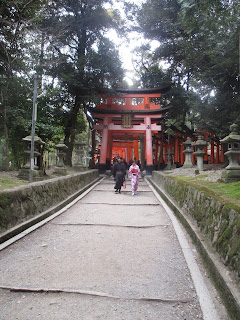 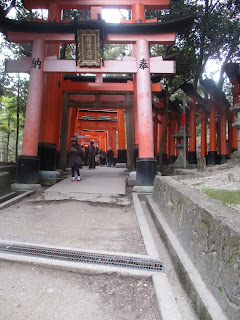 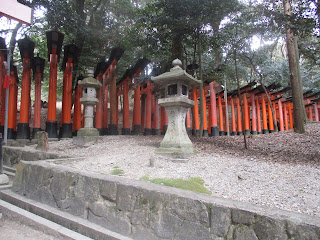 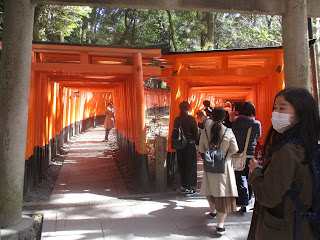 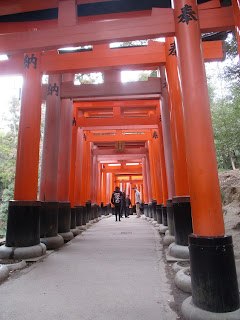 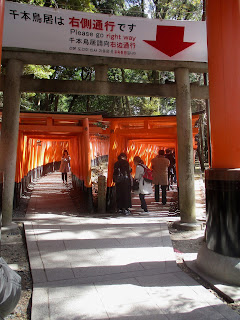