It's Friday, so time for Five on Friday.  I will be joining Amy (and others) at Love Made My Home for this weekly event.  I'm a little late with this because of item number one.

One:  I had my semi-annual visit with my dermatologist.  She only had to burn off a few spots, but OW.  I'm good for another 6 months though and that's good.


Two:  Earlier this week I wanted to use up some left-over hamburger meat so I made a pot of chile.  In order to make it I opened a couple of cans of kidney beans.  The problem was that one of the cans wasn't chile beans, they were cannellini  beans.  So I put them in the refrigerator and the next day I used them to try a new recipe, Tuscan bean soup.  I got the recipe online, tweaked it to fit out taste (used potatoes instead of squash, didn't put it in a blender and make it smooth) and used the cannellini beans.  It was delicious. 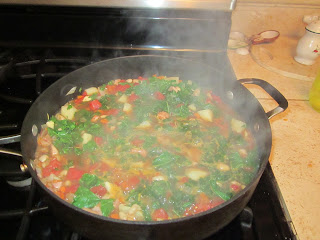 Three:  While this was cooking Mac said it would sure be good to have some crusty bread to go with it.  Well it so happened that I had a mix for crusty Italian bread sticks.  So I whipped some up and they did go well with the soup. 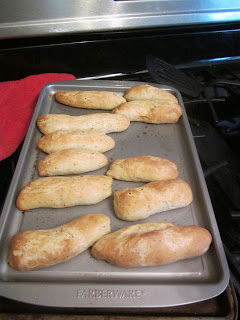 Four: Number four is a bit strange.  It happened while I was making the bread.  I mixed it and kneaded it in a bowl on one counter and then transferred it to a board on another counter to roll out the dough.  Suddenly while I was rolling the dough, the bowl---a favorite of mine that I'd brought back from Spain---jumped off the other counter and broke.  I was so upset, loved that bowl.  I have a bigger version of it, but this one was perfect.  Don't know what happened, I've always said this house has a poltergeist.