Where do the weeks go?  It's Friday so time to join Amy at Love Made My Home for Five on Friday.  No theme, just some stuff that stuck in my head this week.

First:  The leaves have finally changed colors and dropped here, a little late, but so pretty.  Mac brought me in some to enjoy.  Don't know what I'm going to do with them, but they're so pretty. 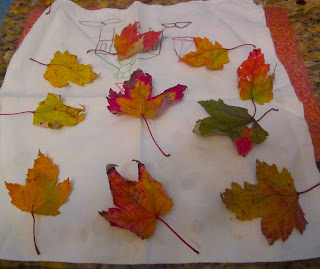 Second:  I got tired of my hair this week so I cut about 2 inches off of it, mostly split ends anyway.  Don't enjoy going to the beauty shop, that's right up there with trying on clothes.  So anyway armed with Mac's scissors I whacked it.

Third:  This is a close-up of the new top I'm wearing, love the kitties.  It was time for a few new tops, some of mine were getting threadbare from being washed so many times.  I like turtlenecks in the winter to keep my neck warm. 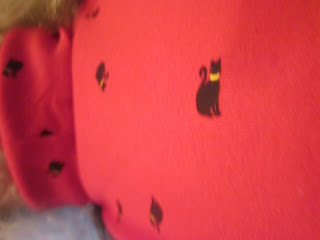 Fourth:  If you noticed the green band I'm wearing in the picture its a Fitbit wannabe.  If I ever figure out exactly how to use it I'll like it better.  This morning's walk got me 4800 steps and my exercise got me 2900 more, so I've got 7700 steps if I don't move the rest of the day.


Fifth:  Is the music that has stuck in my head since my aerobics.  It's the Gipsy Kings doing a cover of the Eagles Hotel California.  It was used in the movie The Big Lebowski one of my favorite movies.