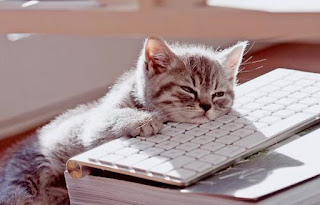 I haven't blogged all week, not for lack of things to say, I always have things to say, just too bored and lazy. But our daughter got worried, thought maybe something was wrong.  We live far apart, Georgia for us, Japan for her, and our mutual postings are how we know all is well.  So I figure it's time to get off my duff and put fingers to keys.
There were no appointments this week, I started no new projects, did no major household tasks and yet the week was filled.
I read a couple of books:

Old Man's War by John Scalzi.  Science fiction as opposed to the science fantasy I usually read.  I quite enjoyed it.  Imagine that at 75 instead of sliding on down into terminal old age you join the Galactic army and become young again and fight the alien forces of the universe.  How many seniors would go for that.

Winterkill by C.J. Box.  The third in the Joe Pickett series set in Wyoming.  Joe is a game warden and lives with his wife and 3 daughters in a small town.  He is an honest, hardworking man who often has to deal with others who are not.  Well written.

Black Pearl by Cynthia Harrod Eagles.  The continuation of the Morland family saga.  We're now up to the restoration period in English history and much of the story takes place at Charles II's court.

Skippy Dies by Paul Murray.  I wasn't sure about this one at first, but I stuck with it and I'm really enjoying it now.  When reading books set in schools I always have to decide if I relate more to the teachers or the students having been each at one time.  I often think teachers are poorly done in books, but then I remember how many bad teachers I've known, both as a student and as a teacher

Not much television watching except for baseball, oh Braves, you stink mightily.  I have seen so much poor baseball this year.  Not just from the Braves but across the leagues.  Too many strike-outs, poor fielding, little discipline.

My MP3 player music list continues to entertain me as I work out.  Boy is Enter Sandman by Metallic a creepy song.

Still not very hot here, just sweat dripping humid.  So meals have been on the light side, it's just too hot in the kitchen.  Today it's barbecued ribs, rice and a kidney bean salad.

That's my week, as I said, pretty boring.