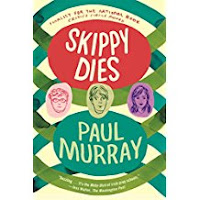 As usual I've been reading away and felt it was time for some quick reviews.  It took me a while to get through Skippy Dies   by Paul Murray, but I'm glad I stuck with it, what a weirdly, wonderful book.  It takes place in an Irish boy's school and opens with the death of Skippy, one of those boys.  It then tells the what happened before and after the death.  It's full of science, horny boys, diet obsessed girls, teachers of all kinds and several mysteries.  Loved it.  I'm sure it will end up on my Top Ten Reads of 2017.

I also read Children of God by Mary Doria Russell, the sequel to The Sparrow.  The Sparrow told the story of a Jesuit mission to a far galaxy and what happened there, I gave it 5 stars, a very rare score for me.  The follow-up is about the return to the planet and what was going on since Father Emilio Sanchez left.  Not quite as good as the first book, but full of surprises, it almost made me cry in parts.  I gave it 4 stars.

Finished Brideshead Revisted by Evelyn Waugh and liked it very much.  The arrogance of youth and the tight hold of the Catholic Church.  Poor Sebastian, and such a messed up family. A 4 star read. 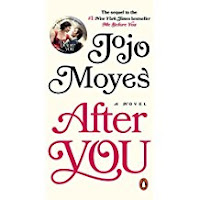 Another sequel I read was Me After You by Jo Jo Moyes.  It was the sequel to Me Before You which I loved.  Well I hated the sequel.  Hated everyone in it and didn't care what happened to them.  Had to force myself to finish it.

Worked my way through two more Bill Slider mysteries by Cynthia Harrod-Eagles.  Just love her writing.  These two were Shallow Grave and Blood Sinister.  The mysteries are just ok, I usually figure out who the murderer is long before the end, but the dialogue is so good I could just keep reading forever.

Now I'm reading A Christmas Party by Georgette Heyer and as always with her books I'm enjoying it.  Not great literature, just a good read.  Remind never to go to stay with people who don't like each other, it might be dangerous to my health.

Also Under the Harrow by Flynn Barry, I'm not far enough along in it to know if I'm going to really like it.  A woman is on her way to her sister's house for the weekend and finds both her sister and her dog dead.  She then begins to find things out about her sister that she never knew.

And my last book is The Stone Sky by N.K. Jemisin.  It is the third book in the Broken Earth trilogy.  The first two in the series ( The Fifth Season and The Obelisk Gate) each won a Hugo as the best science fiction book of the year.  This is a post apocalyptic world that sounds like our planet, but it's inhabited by some very strange people.  My daughter, who is friends with the author, predicts that this one will win a Hugo too.  A triple win is almost unheard of.  I'm certainly enjoying it.

So that's what I've been reading lately.