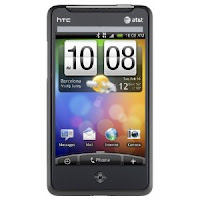 It's not that I'm a techno phobe, I like new technology, mostly.  I've had a computer since the early 90's, have a router, use broadband, got my first cell phone ages ago, have a gtablet, there's another laptop laying around and Mac has his own computer.  So we aren't  newbies to it all, but then, we're not real adept with all of them either.  The computers we do everything with and love.  We have a blog, I Tweet, we use Facebook, Google is our best friend and we're constantly downloading pictures from our camera to it.  My gtablet has been even more fun than I expected, I read books on it all the time, go online, check the weather and have downloaded a bunch of apps for it.
But the cell phone has never been a favorite, it spends  most of it's life laying in the glove compartment of the car to be used in an emergency.  I use it so seldomly I always have to figure out how to even make a call on it each time I use it.  This weekend though I decided to start using the little bugger, Lord knows I pay enough for it every month, so I brought it in and actually broke down and read the little manuel that came with it and started taking pictures, it was so easy.  Then I sent us one of the pictures to our gmail account and it worked.  Today Mac went online and found out step-by-step how to send the pictures to our Flickr account, and it was so easy.  I've also downloaded a bunch of apps for it.  I don't know if I'll use it more as a phone, quite frankly I hate phones, but it might get used more as a camera and for the internet.
I read somewhere that most people check their cell phones at least 32 times a day, can't even imagine that, mine will still mostly stay turned off, though I have actually managed to learn my number (I've had the phone a year), and I think I'll start carrying it in my purse.
at August 15, 2011