I feel like it should be FRYDAY, today and tomorrow are going to be 98-99º.  To me that's frying weather.  I convinced Mac to stay out of the yard except to water the garden, it's dangerous out there.
But it's time to join in with Amy at Love Made My Home for this week's edition of Five on Friday, so do go and check out some of the other blogs who are joining in.


My first is from last Friday (if you go from Friday to Friday it's part of this week), we made it to the Marina for lunch and they were open!!!  Mac had mussels cooked in a wine sauce, I don't eat shell fish, but he said they was delicious.  Then we shared an order of Calamari and a load of steamed Shrimp.  Both were fantastic and way too much, so we brought some of them home. 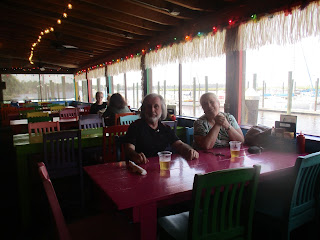 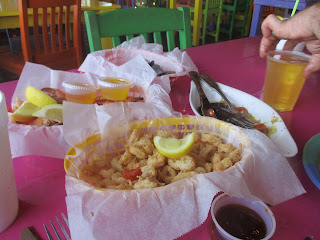 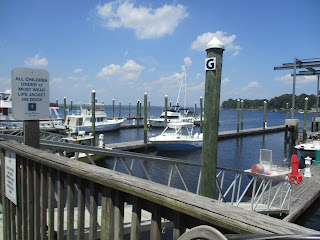 My Second is an incident from earlier this week.  We had headed out for our morning walk when we were dive bombed by a large blue heron who was quite intent on poohing on us.  He came so low and close I could feel the air from his wings.  Mac says it's the one he's always chasing off so he won't eat our fish.  All I know is that he just missed up by inches. 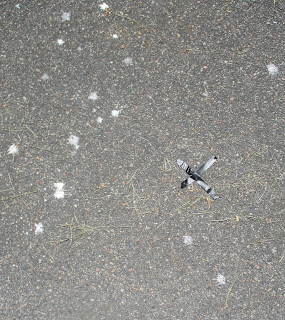 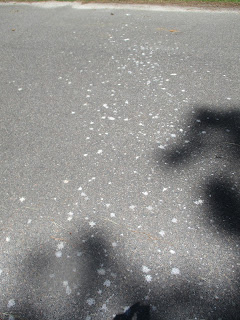 On the left you can see that he covered the street from side to side.  The X in the right picture is where we were.  How he missed us I do not know.

My Third is that we finally got around to watching the third Hobbit movie: The Battle of the Five Armies.  We quite enjoyed it which was a surprise because we hadn't liked the 2nd one in the series and hadn't really planned on watching the 3rd.  But we did and we're glad we did. 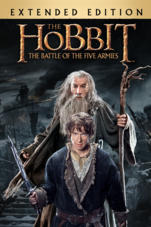 My fourth is that I finished the book The Spy Who Came In From the Cold by John LeCarre and loved it.  I read it many years ago, probably when it first came out, but I'd forgotten most of it.  I remember seeing the movie too, so as I read the book I kept picturing Richard Burton as Alec Leamas the "hero" of the story.  Over at Goodreads I give very few 5 star ratings, but this book easily got one.  If you like spy stories this one is the best. 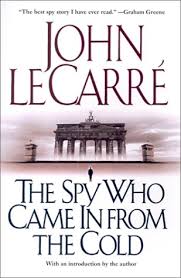 And my Fifth is what I saw when I went out to swim the other day.  Some of my critters had grabbed some beers and were having a pool party. 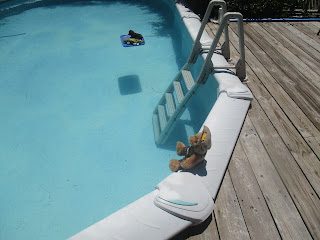 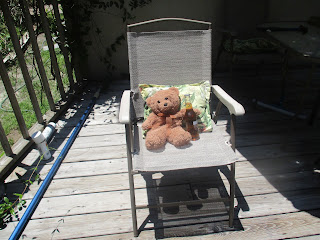 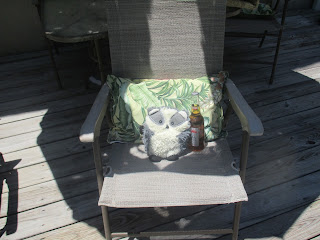 That's my Five, hope you have a beautiful weekend.