Just a Walk in the Park 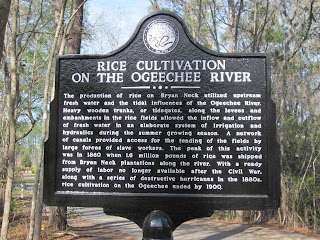 I had a morning appointment at the optometrist this morning, to get a prescription for contact lens you have to see one once a year, so we decided to do our morning walk at the park in town.  The park is the site of former rice paddies belonging to Henry Ford, and here you thought he only built cars and that  rice only grew in China.
A new addition to the park is the sign at the entrance to the walking trail with all the information about the cultivation of rice here along the coast.  It says that in 1860 at the its height more than 1.5 million pounds of rice were grown annually. 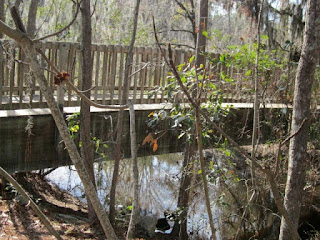 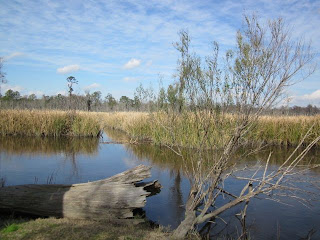 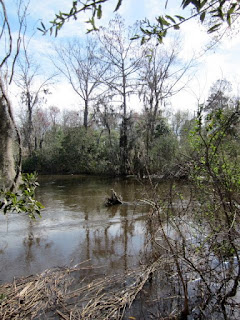 It was a great day for a walk, though no snakes, alligators or other critters were seen.  Across the water at one point we did see a white heron fishing.
As we left the walking trail we saw another new sign warning people that wild hogs had been seen in the area and to be careful.  Wild hogs will attract more alligators as that is their favorite meal, and they're rather cantankerous critters so you don't want to approach them.  We've seen them at the park near where we live  and they were huge, like a small Volkswagen 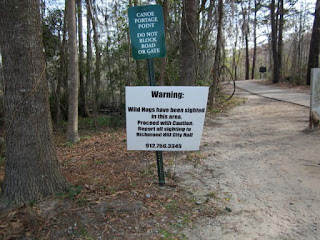