A Bit of This and That 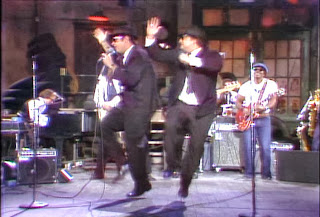 For my birthday Mac took me out dancing to a little club with a nice dance floor, others were there celebrating a birthday too and ready to dance.  Unfortunately the band wasn't in a dance music mood, they started a half hour late and played nothing but the blues, their version of the blues. Had it been the Blues Brother's version of the blues it would have been fun, but no they played the funeral dirge versions.   I knew some of the songs they played only because I recognized the name, I certainly didn't recognize the music.  Every song sounded just like the one before it, boring, boring, boring.  We danced twice in nearly 2 hours, the other lady celebrating a birthday danced once.  Not a very successful night, except that Mac and I share the same sense of the ridiculous and can laugh at the same thing and we spent the night making silly jokes about the band.  We finally left and went out to breakfast, which was delicious. 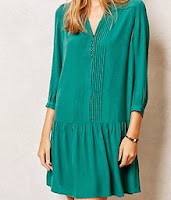 My dress came in from Anthropologie, in a much darker teal than what was pictured on their website.  It didn't fit, but instead of being too small it was miles too big, instead of being worn dancing it spent the weekend in the U. S. Mail being returned. 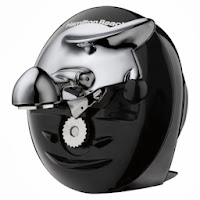 My kitchen can openers have all been a disaster lately, the electric ones quit on me and the hand operated ones get so stiff they need a lumber jack to operate them.  So while shopping at Target last week I went looking for a new one.  The only electric one they had was one I'd already had and hated, the other option was a little battery operated one.  The man working in the appliance section said he had one and that I'd like it.  So we bought it, took it home, studied the instructions and attempted to use it.  Mac has finally gotten it to work, some  of the time, I'm yet to get it to cooperate which means he'll be doing all the can openings or I'll have to get another opener, boo hiss.
Lovely autumn weekend here, plan on some yard work tomorrow.  Mac has dug me a new bed for roses and though it's a great location he discovered that the pipes for our sprinkler system run through it and we'll have to grow the roses in containers.   I've decided that I  want a bunch of apricot colored roses. 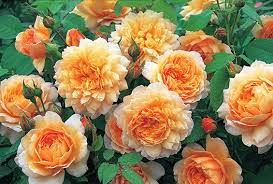