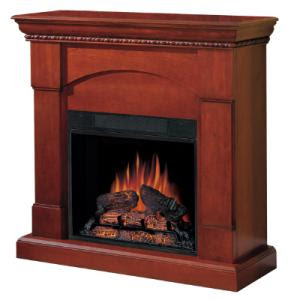 We had it all worked out, new floor, new table to put the tv on, pack up some books, room will look beautiful.  Great plan, good in theory, but somehow it just didn't work out.
The floor is mostly done, one thin row plus quarter round to go, and looking incredibly beautiful, a new table had been purchased (and delivered) to set the tv on, and that's when it began to fall apart.
First of all the new table was much too pretty to take upstairs and stick a tv on, so we decided to take the bookcase that we'd  had made out of solid wood a couple of years ago and put the tv on that.  That sounded ok, would have looked ok, but we have one of the old boat anchor tvs that are deep and heavy and it just plain wasn't going to look good in the room unless we stuck it in a huge surround that camouflaged it. So  the more we  thought about it, we realized  that though we'd have liked to wait for it to die (the tv) a natural death, that we'd have to  replace it with a flat screen tv. So that's what we did and it looks so much better.   We got a beauty,  37.5 inches,  and it's now sitting upstairs on the bookcase.
Then becuase we'd  swung the bookcase around from the long wall (so it would be in front of our chairs) it had been on we now had an empty wall to the right of where the chairs will be. We thought about how we use the room, knowing we use it  a lot in winter  and that we usually use a small heater up there, because  it's better to heat one room instead of the whole house.  Our last heater had died quietly last year and so we knew we'd need a new one, but Mac had a brain stoke and decided that we ought to  put a fireplace in instead, that would be a much better look than a puny little floor heater.  We had put a fireplace in our bedroom  a couple of years ago  and we love it, so that's what we've decided to do and I ordered it today and it should be here in a week or so.
So what started out to be a new floor and tv stand has now turned into a new floor, new tv, new sofa table (which is now going behind the coach downstairs),  new rug and a fireplace, which is bad, but not quite as bad as the couple whose review of the fireplace I read.  They liked the fireplace so much, and it made their old furniture look so bad, that they sold their old furniture and bought all new.
I think we're through or at least I hope so.
at November 01, 2009